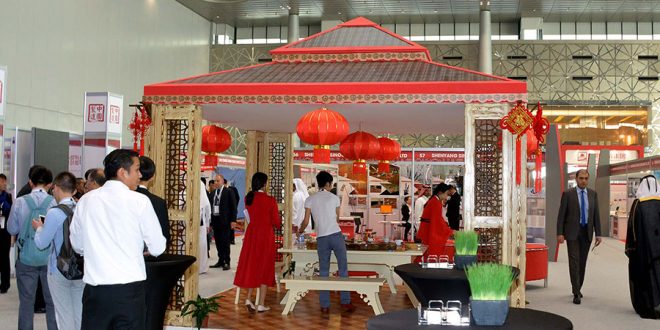 The ‘Made in China 2017’ exhibition will kick off at the Doha Exhibition and Convention Centre (DECC) on Thursday, a press statement said on Monday. The four-day expo is being organized by the Qatar Chamber for the third year in a row with the participation of more than 100 Chinese companies representing different economic and trade sectors.

The event is being held under the patronage of Prime Minister and Minister of Interior HE Sheikh Abdullah bin Nasser bin Khalifa al Thani from November 16 to 19, the statement said.

Qatar Chamber Director General Saleh bin Hamad Al Sharqi said the third edition of the exhibition is expected to see a large turnout from businessmen and investors, as it provides an ideal opportunity to inform visitors on the latest Chinese innovations, and explore building joint commercial alliances between Qatari and Chinese firms.

He affirmed that the exhibition has attracted a wide range of Chinese companies that are keen on displaying their products in the local market despite the ongoing unjust siege imposed on Qatar by the Saudi-led bloc.

“Chinese companies are interested to enter the Qatari market through this successful exhibition, which brings together Qatari and Chinese investors under one umbrella. It also enables both sides to address all issues relating to joint investment,” he added.

“The expo aims to enhance cooperation between Qatari and Chinese businessmen, taking advantage of the Chinese expertise in the industry, and would create a platform to build trade transactions between both countries.”

Stressing the strength of Qatar-China relations, he said the ties between the two countries witnessed huge progress over recent years with the trade exchange reaching QR20 billion.

“The participation of top Chinese companies reflects their trust in Qatar’s economy despite the siege,” Sharqi pointed out.

“This siege did not make any impact on either the national economy or the ongoing projects being established to achieve the National Vision 2030.”

He said he hoped the expo would witness signing of several commercial transactions between Qatari businessmen and their Chinese counterparts.

“It also provides a good chance for participating Chinese companies to find Qatari marketing agents to distribute their products in Qatar,” he added.

2017-11-14
shakeel@qcci.org
Share
Previous QC gears up for ‘Made in China 2017’ expo
Next Amiri Group Limited Company 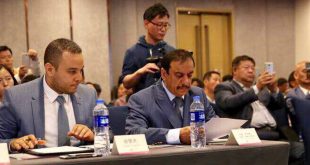