Architecture, science and technology
China infrastructure has been improved quickly with an unprecedented speed. China has the world biggest hydraulic construction, the biggest water transfer system, the largest high speed railway network, the longest cross sea bridge, etc. China witness the most “super project” more than any other country, and none of the rest of super projects in the world can compete with china in comparison of construction scale, speed, cost and technology. So far, China is leading in many fields such as high speed railway, express way, airport construction.

2014-07-24
shakeel@qcci.org
Share
Previous Building a bridge with the world, highlighting the charm of Made in China!
Next Made in China 2016 -Qatar Tianjin Briefing 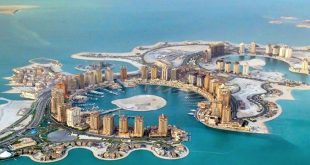