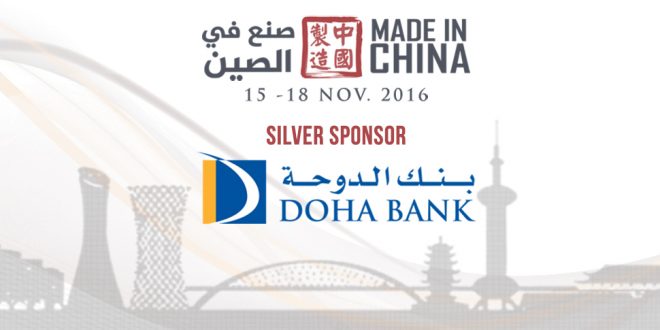 Qatar Chamber and Doha Bank signed a silver partnership agreement to sponsor  the 2nd edition of ‘Made in China 2016’ exhibition, scheduled to be held between November 15 – 18, 2016 on an area of 10,000 sqm. at the  Doha Exhibition and Convention Center, according to a press release issued by Qatar Chamber.

The exhibition is co-organized by Qatar Chamber and China International Center for Economic and Technical Exchanges of the Ministry of Commerce under the patronage of HE Sheikh Abdulla bin Nasser bin Khalifa Al Thani Prime Minister and Interior Minister.

China-GCC Forum for Investment and Trade will be hold on the sidelines of the exhibition to provide an ideal platform for businessmen to discuss investment opportunities and challenges facing expanding investments in both sides.

Doha Bank is one of the largest commercial banks in the State of Qatar and has been consistently registering a strong growth during the last decade with participative leadership philosophy. Inaugurated in 1979, Doha Bank provides domestic and international banking services for individuals, commercial, corporate and institutional clients through four business groups – Wholesale Banking, Retail Banking, International Banking and Treasury & Investments.

Doha Bank has received numerous awards in recognition of its achievements. Doha Bank was adjudged as the ‘Best Regional Commercial Bank’ – The Banker Middle East for the 4th straight year. Doha Bank was recently awarded as ‘Bank of the Year – Qatar Domestic Trade Finance’ by Asian Banking & Finance. Additionally, Doha Bank has in the past claimed various other awards such as, ‘Bank of the Year’ – The Banker, ‘Best Commercial Bank in the Middle East’ – Global Banking & Finance, ‘Bank of the Year’ – ITP Group, , ‘Best Bank in Qatar’ – IAIR Award and ‘Best Bank in Qatar’ – EMEA Finance.

In recognition of being one of the most active advocates of Corporate Social Responsibility (CSR) through initiatives such as ‘ECO-School Programme’, ‘Al Dana Green Run’, beach cleaning, tree planting etc., Doha Bank has won the ‘Environmental Award’ from The Arab Organization for Social Responsibility as well as ‘Golden Peacock – Global Award for Sustainability’ from the Institute of Directors.

Doha Bank is rated A+ by Fitch, A2 by Moody’s and A- by Standard & Poor’s for its long-term local and foreign currency.

2016-11-14
shakeel@qcci.org
Share
Previous Second ‘Made in China’ exhibition in Doha to begin on November 15
Next Why QATAR 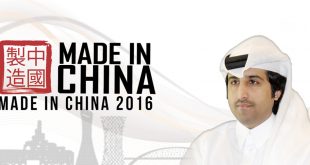