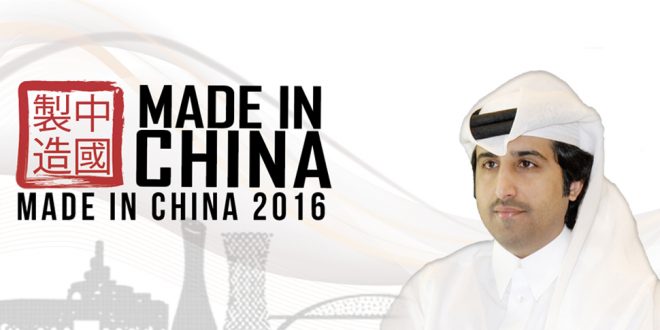 The second edition of ‘Made in China’ exhibition in Doha has been scheduled from November 15 to 18, at the  Doha Exhibition and Convention Center with larger space and more participating Chinese companies “due to the great success of the first edition” last year, according to a press release issued by Qatar Chamber yesterday.

Al Sharqi added that the 2nd Qatar Made in China Exhibition 2016 is a trade fair and B2B / B2G exchange platform comprehensively demonstrating all countries in the Middle East and Africa “middle and high-end” products and solutions in fields of Chinese architecture, science and technology, which are co-organized by Qatar Chamber and China International Center for Economic and Technical Exchanges of the Ministry of Commerce.

He pointed out that the first edition of ‘Made in China’ was so successful with the participation of more than 100 Chinese major companies and transactions that exceeded $45mn. However, the upcoming edition targets transactions worth $450mn, as more space will be added to the exhibition to be up to 10,000 sqm that could host the targeted 200 Chinese companies and exhibitors.

In addition, the new edition will include the China-GCC forum for investment and trade to provide an ideal platform for businessmen to discuss investment opportunities and challenges facing expanding investments in both sides.

QC Director General welcomed the exhibition as a good opportunity to open the markets of the region for Chinese companies, acting as an active platform for making productive partnerships with their counterparts in the region.

Review of the previous events

Qatari government held the first large-scale professional procurement exhibition with the theme of “architecture, science and technology” in Doha, the capital of Qatar, during December 14-16, 2015, exhibitors of which were all Chinese enterprises, including leading enterprises in China’s construction industry and superior building materials supporting facility enterprises, mainly demonstrating countries in the Middle East and Africa top-level products and services in fields of architecture, science and technology.

The 105 enterprises participating in the exhibition this time mainly came from Guangdong, Shenzhen, Jiangsu and other provinces of China. The exhibition achieved a complete success under the full Support of Qatari government. The products in fields of Chinese furniture, lighting, architecture, science and technology enjoyed great popularity in Doha, and the exhibition attracted 4,500 professional buyers during 3 days, with volume of transaction amounting to $ 45 million and volume of possible transaction amounting to $ 450 million.

2016-10-31
shakeel@qcci.org
Share
Previous Participation
Next “Doha Bank” to support ‘Made in China 2016’ expo as silver sponsor 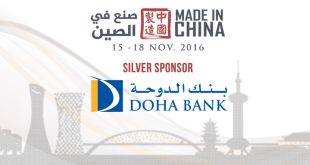